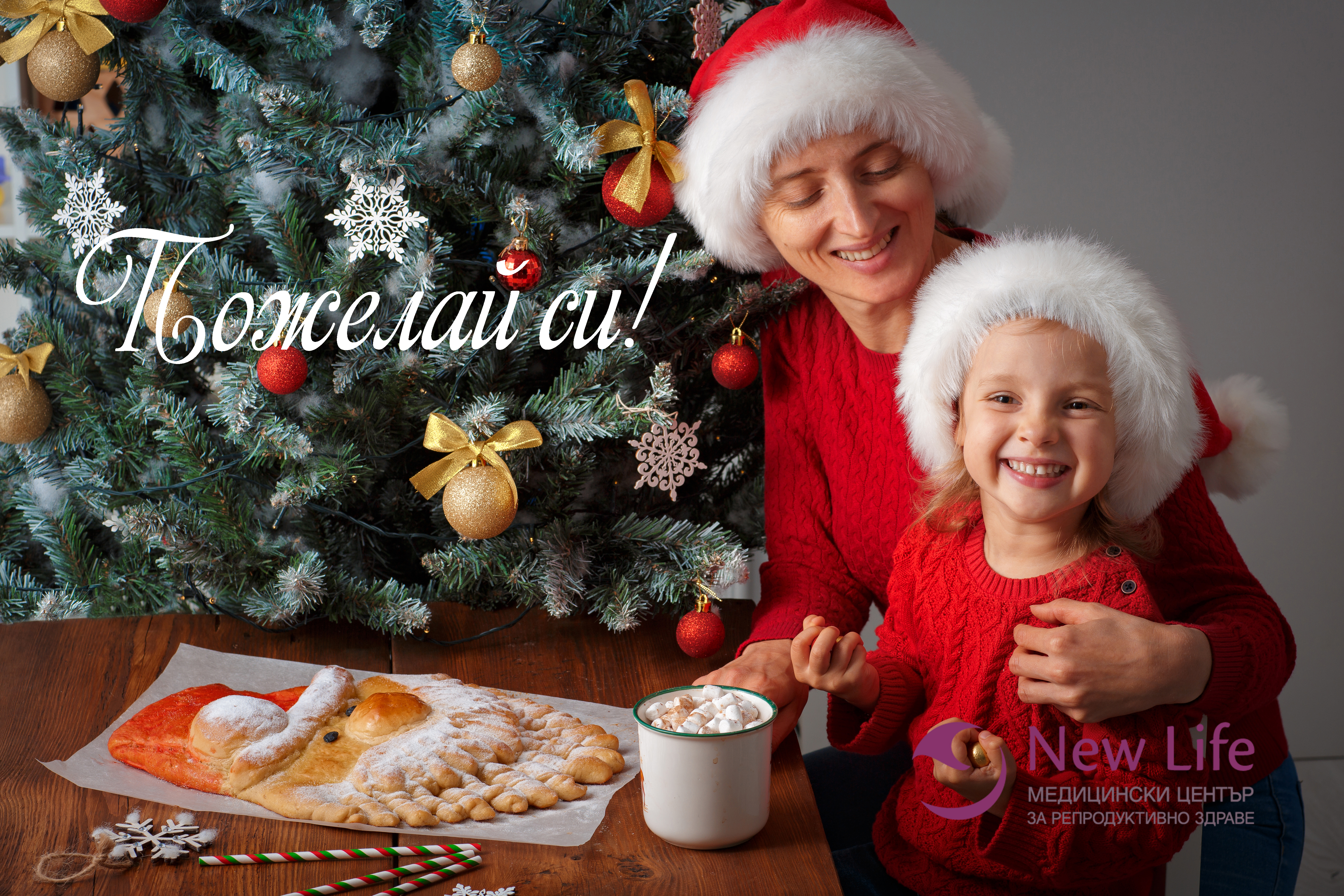 Like every year, New Life Clinic and its partners donate two in-vitro procedures with included stimulation and tests on couples with reproductive problems. The “Wish” campaign has been a tradition of the medical center and regularly starts at the beginning of the most magical month of the year — December, as its end is announced on Midwives Day during the new one — 21.01.

Again, this year the campaign will make possible the dream of two Bulgarian families to become true by donating two in vitro procedures.

This time, the team of the clinic decided «Wish» initiative to bring a positive charge and couples who want to take part to have fun during the process. The condition for participation is to send a favorite Christmas recipe, supported by a photo and a short text describing a favorite memory connected with it.

The campaign starts on December 1, 2021 and will last until December 23, 2021. Until this date, please send your Christmas recipes, accompanied by a photo and a description of a favorite memory, which you connected with it, to our e-mail address wish@newlifeclinic.bg. After that we will share all of them on our social networks. Until 20.01.2022 we will give the opportunity to vote for each recipe, as the two collected the most “likes” will be the winners. The team of the clinic will announce who are the lucky couples on January the 21st 2022.

According to regulations, only citizens of the Republic of Bulgaria can participate in the campaign.