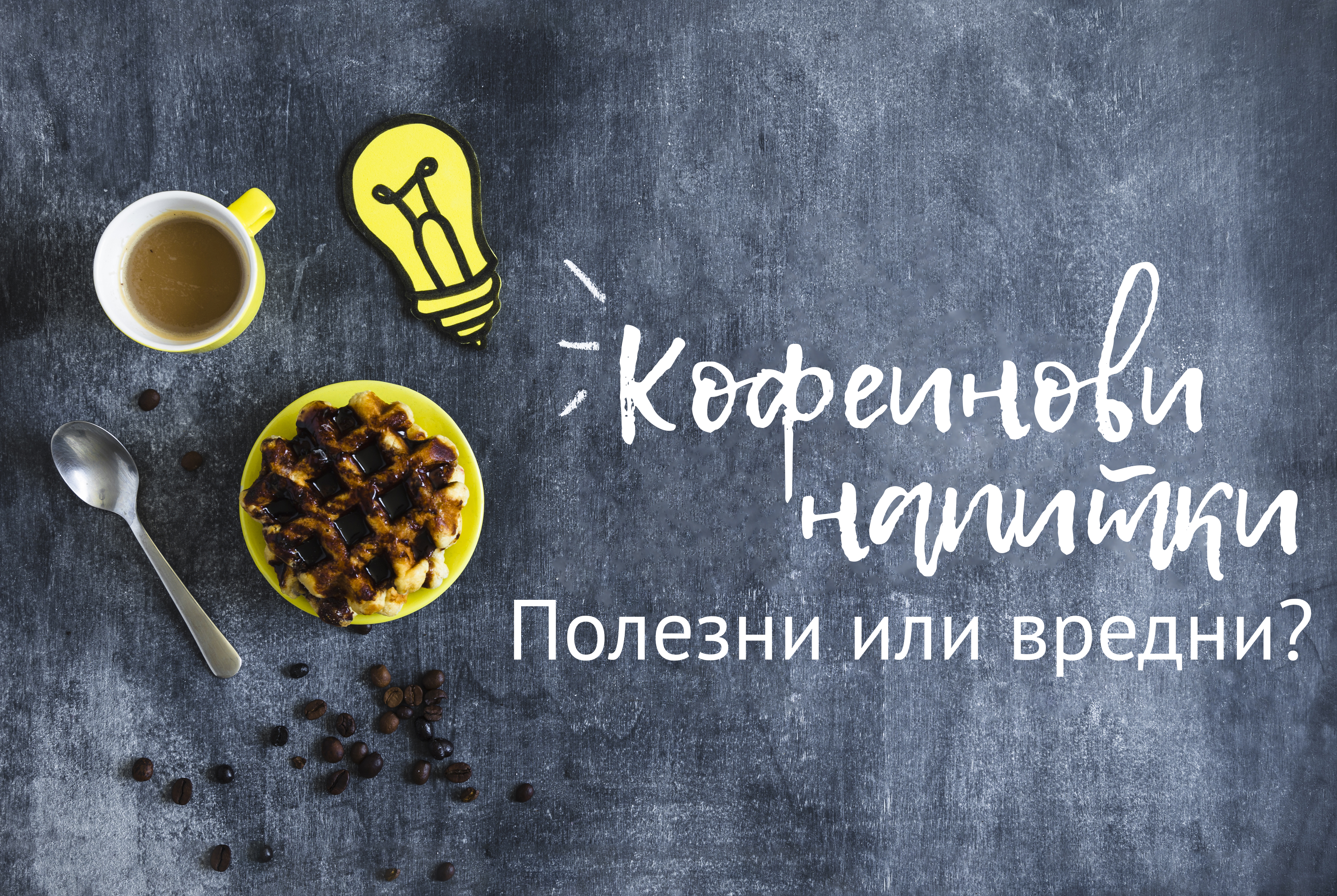 Caffeine is part of almost everyone’s diet. It has both positive and negative effects on the body, depending on the dose.

No matter if it comes from coffee, tea or dark chocolate, caffeine can speed up your metabolism, make you more alert and improve your memory. It also makes your blood pressure higher, increases your heart rate and works as a diuretic.

There’s no conclusive data on whether caffeine affects fertility. Scientists assume it can make it harder for women to get pregnant and it can change the DNA structure in sperm cells. It’s estimated that those effects come from other habits associated with caffeine consumption (for example, coffee and cigarettes).

The caffeine molecule can pass through the placenta. Unfortunately, the fetus can’t metabolize it the way adults can. It can cause disturbance in its sleeping pattern and cause excessive fetal movements. Caffeine is a vasoconstrictor which can lead to decreased blood flow to the fetus. This can lead to preterm birth and low birth weight.

Some gynecologists allow their patients to take in minimal amounts of caffeine during pregnancy (less than 200mg daily). However, since caffeine is found not only in coffee, you should avoid the delicious beverage as much as possible.

The amount of caffeine in a can of energy drink can greatly surpass the one  in cup of coffee. Manufacturers usually do not disclose how much caffeine their drink contains which can lead to a fatal overdose. Many of those products are filled with sugar. They might also have been enriched with some vitamins. This should not fool you, the harms are more than the benefits.

CAFFEINE OVERDOSE — HOW TO RECOGNIZE IT?

Everyone’s tolerance for caffeine is different. When you consume a too large an amount of caffeine too fast you might experience nausea, vomiting, heart palpitations and arrhythmia. People with cardiac disease are at a greater risk. Although symptoms usually go away in a few hours, you should not underestimate the situation and seek medical treatment.

Folic acid or vitamin B9 is necessary for the proper functioning of many enzymes and cell division. Its intake is important to everyone, and the need for it is doubled in pregnancy.

WHY IS IT SO IMPORTANT?

Folic acid is needed by both the baby and the mother. It protects the fetus from neural tube defects such as spina bifida and anencephaly. Its use is associated with a reduced risk of premature birth and other birth defects. Folic acid stimulates the formation of erythrocytes in the mother, thus preventing anemia.

WHEN SHOULD YOU TAKE IT?

It takes some time to reach the optimal levels of folic acid in the body. If you are planning to get pregnant, you should start taking it 2-3 months before conception.

About 80% of pregnancies around the world are unplanned. Women find out that they are pregnant around the sixth gestational week when the fetal nervous system has begun its development. For this reason, experts advise that women of reproductive age should take a dietary supplement with folic acid. In the US, they deal with the problem by fortifying pastries with it.

HOW SHOULD YOU TAKE IT?

Some people carry a genetic mutation that makes metabolizing folic acid more difficult. The likelihood that you have this mutation should not scare you. All you have to do is choose supplements containing L-methylfolate.

Last but not least, the dose is important. Pregnant women need about 500 micrograms of folic acid daily, and may continue to take it during lactation. Many foods (spinach, nuts, beans, etc.) are rich in folic acid. Unfortunately, the amount needed is difficult to obtain through food, so choosing the right prenatal vitamins is essential.

Modern medicines development has made cesareans a routine procedure. There are numerous indications for this kind of surgery and for many women it is the only way to give birth safely.

WHEN IS A CESAREAN SECTION PERFORMED?

Some women suffer from conditions that can render a normal delivery dangerous. These include eclampsia that doesn’t respond to medication or heart failure. Insulin treatment for diabetes can make the baby overweight and a vaginal delivery impossible. If you have myopia over 3 diopters there’s a risk that pushing can cause retinal detachment.

Anomalies of the placenta (placenta praevia, accreta or an abrubtion) or birth canal issues are indications for a c -section as well.

When the baby is in an oblique or transverse position or the umbilical cord has prolapsed into the vagina, a c-section should be performed. If the baby is breech, natural delivery can be attempted. If you’re pregnant with twins and the first twin isn’t breech you can try giving birth vaginally.

Deliveries are a very dynamic process and changes can occur at any moment. Sometimes in the course of a natural delivery a c-section might be needed after careful assessment by the medical team. This usually happens due to fetal distress or in cases of a prolonged labor. After your water breaks, the baby is no longer protected by the amniotic sac and the risk of infection increases.

When there are no indications for a c-section, vaginal delivery should be encouraged. Some mothers want a specific birth date for their baby. Such a practice can lead to dangerous consequences for the baby as it might not be ready to be delivered.

If you’re afraid to give birth naturally, please discuss the matter with your OBGYN or even a psychologist. Vaginal deliveries are much easier on the mom in the long run and it is even suggested that they strengthen babies’ immune system. This happens as the baby comes into contact with the vaginal flora.

However, If this is your final decision, it should be respected by your healthcare provider.

WHAT’S THE DIFFERENCE BETWEEN A COLD AND THE FLU
If you’re not sick during the flu season, consider yourself lucky. This fact is not very reassuring for those who are generally predisposed to getting infections like pregnant women and women undergoing IVF.
The flu and the common cold have many similarities. However, if the disease has an abrupt onset, you experience muscle pain, chills and a headache, it’s more likely to be suffering from the flu. Colds have milder symptoms which include mostly nasal congestion and a sore throat.

THE FLU AND PREGNANCY
After the first trimester, the mother’s immune system becomes much weaker so that the baby wouldn’t get attacked by it. This greatly increases your chance of getting sick.
Unfortunately, some of the most common medicines we take to combat the flu are deemed unsafe for pregnant women. Aspirin and ibuprofen among many others have a teratogenic effect — they can harm the fetus. This is why it’s so important to ask your family doctor before taking anything and always to read the instructions. And remember — antibiotics cannot cure the flu.

THE FLU AND IVF
IVF does bring a lot of stress to the individual. Stress, on the other hand, is known to cause low immunity thus making you more prone to catching the flu or a cold. If you get sick, there is a chance the IVF cycle might need to be paused or postponed. Do not hide your symptoms and always tell your gynecologist if you’re not feeling well.

HOW TO PROTECT YOURSELF
The flu virus gets spread through the air when people sneeze and cough. This makes it extremely easy to get infected.
Avoid going out until the epidemic is over as well as coming into contact with infected people. If you really need to go out, wear a protective mask and change it every 2 hours.
You can get the flu vaccine. It is safe even for pregnant women and does not lower your chances of getting pregnant if you’re undergoing IVF. The immunity from the vaccine will be passed to the fetus and can protect it for up to 6 months after birth.
These rules must be followed by the whole family in order to have positive results.